A serious message, delivered with humour 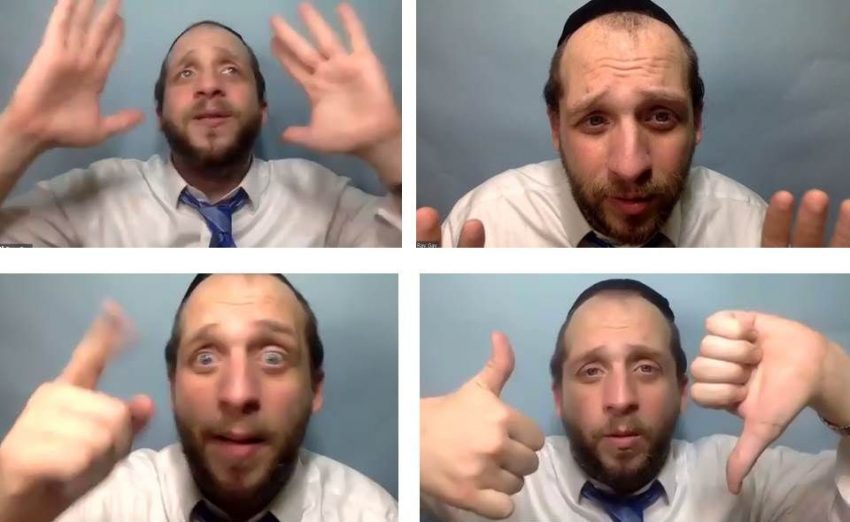 High School Judaic Studies teacher Mrs. Chaya Elias treated Grade 11 Navi students to a special afternoon on Tuesday. The ladies welcomed dynamic Rabbi Gavriel Friedman, widely known as Rav Gav, who spoke on “The Tefillah Challenge.” Rav Gav teaches at Aish HaTorah in Yerushalayim and is renowned internationally in the Jewish speaking circuit. His other claim to fame is that he is the husband of HA alumna Tamara Gal (’01) – a former student of Mrs. Elias – which made his appearance all the more special!

Rav Gav captivated students with his animated anecdotes, hysterical jokes and spontaneous incorporation of foreign accents, languages and pop-culture references. But beyond the humor, his message about the importance of cultivating a relationship with Hashem was both serious and heartfelt. Among his many insights, Rav Gav pointed to the snake’s punishment in Gan Eden. “What was the snake’s punishment? Hashem said, ‘I’ll give you all you can eat, but I don’t want anything to do with you.’” While on the surface it almost appears as though the snake was rewarded with an unlimited gift (food), Rav Gav explained that “it was the worst punishment in the world – to be cut off from Hashem and not to be able to have a relationship with Him. Imagine being totally cut off from a parent.”

Rav Gav also underscored the imperative to speak to Hashem not just at set times of the day, but at all times. “Karov Hashem Lechol Korav,” he said, citing Ashrei. “But you have to call out to Him constantly.”

-by Aviva Engel, Director of Communications