A letter from Jerusalem 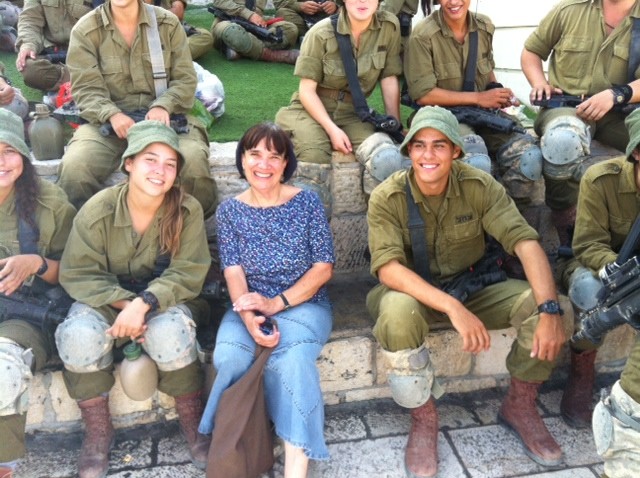 I have the tremendous zechut to live in Jerusalem. However, this exalted feeling has been tarnished during the past two weeks by tremendous sorrow, frustration and anxiety. The horrific acts of terror, the incitement of the Arab population, the apathy and then lies in the reaction of the world press have all contributed to these feelings. I travel along the highways where stones and Molotov cocktails have been thrown, I walk and travel by bus in the city. Today I decided to do something about the heavy feeling in my heart. I decided to go to the Kotel to daven!

It was a beautiful day. Lots of people were riding the buses and there were chayalim scattered throughout the city. I bused part of the way and walked to Mamilla and through Shaar Yafo. I approached the chayalim there with candy, but they showed me bags of treats which had been brought to them. Behind me was another woman who came with candy. I thanked them for protecting us. The Old City and Kotell were quiet, except for groups of Christian tourists from a variety of countries. It is interesting how they are the least afraid and most loyal to Jerusalem. There were a group of soldiers who were happy to receive the candy and I thanked them as well. It was nice to get a spot right at the Kotel, without crowds all around and sad as well. The atmosphere all around was calm.

I walked back through the Old City and then for a few blocks to catch a bus home. The bus which came was the 78 -the bus which suffered the terrorist attack on Tuesday. (Does lightening strike twice in the same place?). I boarded the bus and it was filled with people. I returned home with the feeling that a heavy load had been lifted off my heart because I no longer felt powerless.

I am writing this to share several messages. Although many people feel anxious and scared, life goes on because this is our home. The chayalim, police and government are all working very hard to come to a safe resolution to this serious situation. But your help is needed as well. Besides your t’fillot which are very important, there is more to be done. Help combat the lies which are being published in the press and spread in the media. You can also help by coming! Instead of Florida this winter break, come visit me in Jerusalem! It is the most magnificent place on earth! When we are united, we cannot be defeated.

With prayers for peace,