Teen gives back to organization that helped him 13 years ago 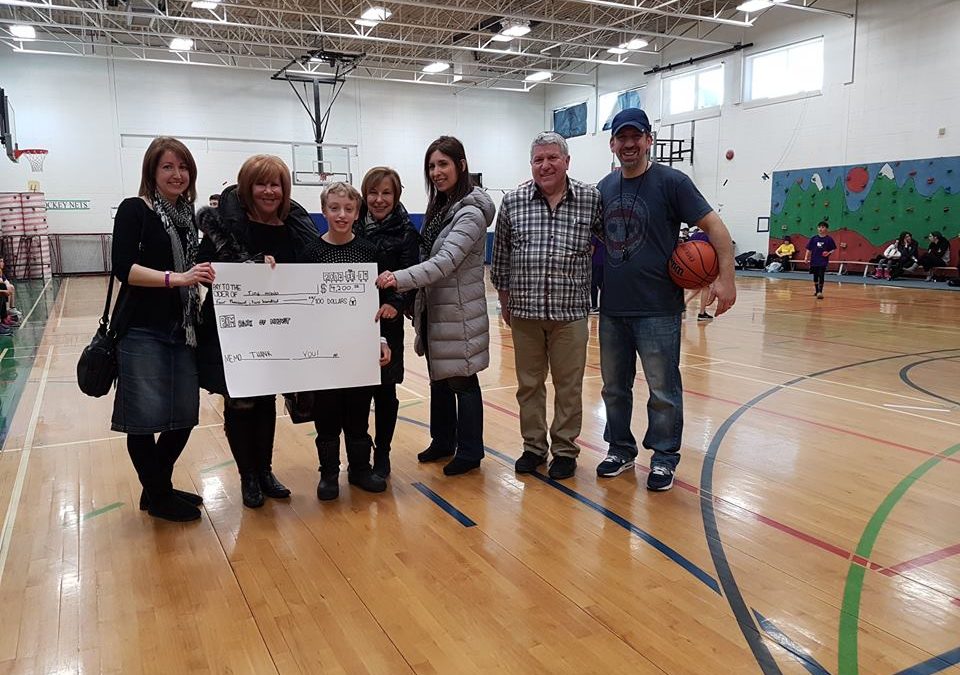 By Aviva Engel, Director of Communications

A few weeks ago, Hebrew Academy Grade 7 student Josh Samuels and his family celebrated his Bar Mitzvah; a significant milestone for any Jewish family. Adding to the sweetness of the occasion for the Samuelses, however, was the fact that 13 years earlier, Josh had marked another major signpost when he left the Jewish General Hospital for the first time three months after his birth – having been born 29 weeks premature.

“Josh spent the first 12 weeks of his life in the JGH NICU and was looked after by an incredible team of doctors and nurses,” said his mom Cindy. “That team was our lifeline during those intense first weeks and for Josh’s Bar Mitzvah year we knew we wanted to do something to give back to them. We also knew that we wanted our activity to somehow tie into basketball which Josh is very involved in these days. When I approached Josh’s coach [HA parent] Natan Schecter (’91) with the idea to raise funds for the Tiny Miracle Fund, he suggested dedicating the funds raised from the [Hebrew Academy] Grade 5 Basketball Clinic which was just perfect.”

“Around $3600 was raised from the Playday and the practices that preceded it,” said Cindy. “Josh helped out with the training of the Grade 5 kids at the clinic and his little sister Tia [who is a Grade 5 student] participated.”

Last Sunday, Schecter and Malamud ran one final mini-clinic in partnership with JHoops at Hebrew Academy. HA Grade 5 students played against teams from École Maïmonide and Merton School. Josh and his friends sold snacks and raffle tickets for donated prizes, amassing an additional $600. At the end of the tournament, Josh and his mom presented a $4,200 cheque to members of the JGH Auxiliary.

“Pledges are still coming in,” said Cindy. “We are so thankful to Natan and Fred and everyone that pitched in and helped out with this initiative. A lot of the same people that supported us when Josh was that tiny baby in the hospital now stepped up again to support us with this project. We are part of a very special community here at Hebrew Academy; one that comes together to help each other help others.”