Not even a blizzard could deter tournament fans 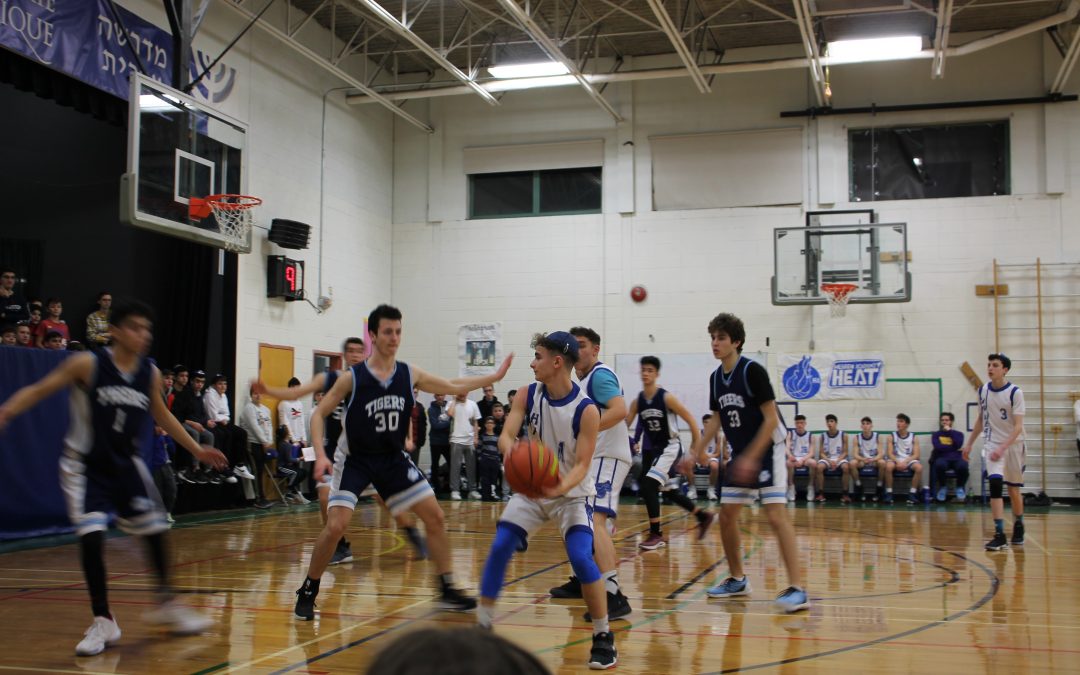 Despite a brutal snowstorm that paralyzed Montreal and led to the citywide cancellation of school  on Friday, the Hebrew Academy gym was the hub of activity this past weekend, as fans of all ages gathered to cheer on basketball players competing in the 25th Annual Oren Grunbaum Hebrew Academy Invitational Basketball Tournament. Founded in 1995, the tournament brings together top players ages 15 and 16 from Montreal, Toronto and the United States to participate in four days of friendly competition on the courts. In 1996, the tournament was renamed after Hebrew Academy alumnus Oren Grunbaum (’93), an outgoing free spirit with a fun-loving personality, who passed away that year in a tragic accident.

“Oren is remembered by his teachers as a young man with great creativity and personal warmth,” said Hebrew Academy Executive Director Linda Lehrer. “He had a distinctive love of basketball and played on the Hebrew Academy teams. We trust that this tournament will continually serve to perpetuate Oren’s memory.”

Players spent the weekend together at a lively shabbaton a local hotel. The tournament culminated on Sunday with a banquet and award ceremony, where TABC was presented with the top trophy as tournament champions.

“Yasher Koach to our Juvenile Boys’ team and their coaches, Dr. Morrie Levy and Daniel Shaul, for bringing their A game the entire weekend,” said Head of School Dr. Laura Segall. “Though they lost in the final game to TABC, they most definitely made us proud!”

Hebrew Academy Director of Athletics Yoni Lehrer underscored the important role of the tournament in teaching participants the values of teamwork and sportsmanship. “Our rabbis and teachers focus on developing the mind; in hosting this annual tournament, the Athletics Department hopes to complement students’ education by helping to cultivate their love for, and commitment to, physical education.”

– by Aviva Engel, Director of Communications