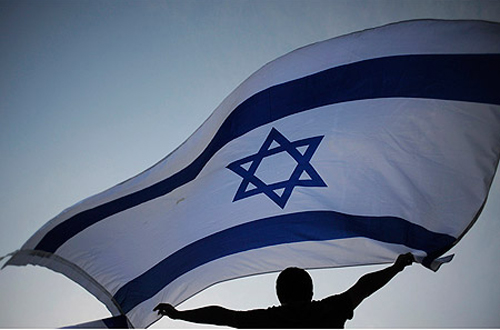 In September of 2000 as my fellow McGill University Jewish students, students across the city, and I began another academic year, we were faced with the shock of our young lives. The Second Intifada had broken out and as if the daily horrific news coming out of Israel wasn’t enough, our campuses, 5,000 miles away, became hotbeds for anti-Israel activities.

Aggressive demonstrations, disturbing displays, and heated confrontations met us daily in and around school. Eventually, a letter went out from segments of the Jewish community advocating that Jewish students not wear kippahs and tuck in their Magen Davids while on campus due to safety concerns. The events became the backdrop of the now infamous September 8, 2002 Concordia University Netanyahu Riot (See Videos: CBC News Report – Confrontation at Concordia & Documentary Film – Discordia)

The situation was perplexing for all of us. What did they want from us? Israel was the symbol of our national aspirations, our safe haven, our homeland, the country that made deserts bloom, a beacon of hope. Wasn’t it obvious?  How could anybody criticize? How could anyone not take Israel’s side? Israel could do no wrong. These were the questions and statements ringing in our hearts –and we had no answers.

We were caught with our backs against the wall. As products of the Jewish day school system, we were confronted with the harrowing reality that we knew very little about Israel, its history, its multiple perspectives. We passionately loved Israel, but we didn’t really know why. Israel’s very legitimacy was being put on trial and we had very few intelligent things to say about it.

So how did we react? Well, some of us retreated — we put our heads down, went to school quietly, focused on our academic experience and returned home at the end of the day unhindered. Some of us fought back armed with passion and emotion while lacking intellectual credibility. And some of us enlisted mentors, read everything we could get our hands on on the subject, and demanded that our community back us in our situations.

Our headquarters became Hillel Montreal and we were supported by a critical handful of community leaders and Hillel Alum. We garnered general community sympathy, but little more at first, as they too were left reeling to their own challenging realities.

Against our emotional reflexes, our primary target audience was not the anti-Semitic/anti-Zionist student body. We understood that the haters will hate and were a waste of our energies. We did focus some attention on the general more neutral public, but it was instilling a sense of Israel pride in Jewish students that was our mission. A pride built on a foundation of both intellect and emotion.

I don’t blame our day schools for leaving us unprepared to face the realities on campus; they were most probably focusing on other priorities. Today, with anti-Israel activities on university  still rampant with calls for BDS and the like, we have the obligation to take lessons learned and use the vast resources available to ensure that every student graduates our schools equipped with a grounded pride and passion to stand up intelligently for the legitimacy of the State of Israel AND to be able to articulate its accomplishments as a beacon of light in the community of nations.

To this end, as we begin to prepare to celebrate 70 years since the rebirth of the State of Israel, we are excited to integrate a new Israel Studies Curriculum that spans grades 9-11.

The course aims to build on the pride and love for Israel that is shared by our students through an intellectual survey of Zionist history, its development and complexities. Further and most significantly, students will work towards discovering where they themselves fit in the Zionist dream.

The courses will focus on the attachment of the Jewish people to the Land of Israel and historical approaches to Zionism in grade 9, cultural diversity and state building in grade 10, and contemporary issues in grade 11.

Throughout the curriculum students will have the opportunity to wrestle with issues and learn how to articulate a position on them using diverse media.

We have enlisted formal cooperation with existing educational resources such as Jerusalem EdTech Solution (JETS Israel) and former Director of the Jewish Education Project in New York, Dr. Tuvia Book to help guide our curricula.  Further, we look forward to utilizing relationships with local community organizations such as the Centre for Israel and Jewish Affairs (CIJA), Hillel Montreal, StandWithUs, Kollel Torah MiTzion and Bnei Akiva, for experiential education opportunities.

It is our great hope that our students graduate empowered to take their rightful place in forging the unfolding history of our people.